With plans to go to Orcas Island on the Sunday, the Saturday was spent doing little bits and pieces that I’ve been putting off for a while.

First up, getting new oars. My old ones were sadly lost at sea so I needed new ones. Luckily my friend David had a bunch of oars from the school he was working at, that they were just throwing out. These were excellent carbon fiber oars, the problem being they were too long

So I cut ’em down, pulled out the handle and reattached it, and then bought at added oarlocks!

Next up, wiring the light bulbs on my tachometer so I can read the thing in the dark, and not have to shine a torch at it.

I should have done this when I put the thing in, but I forgot.

Next up, putting a vent over the hole I cut when I got high on epoxy fumes 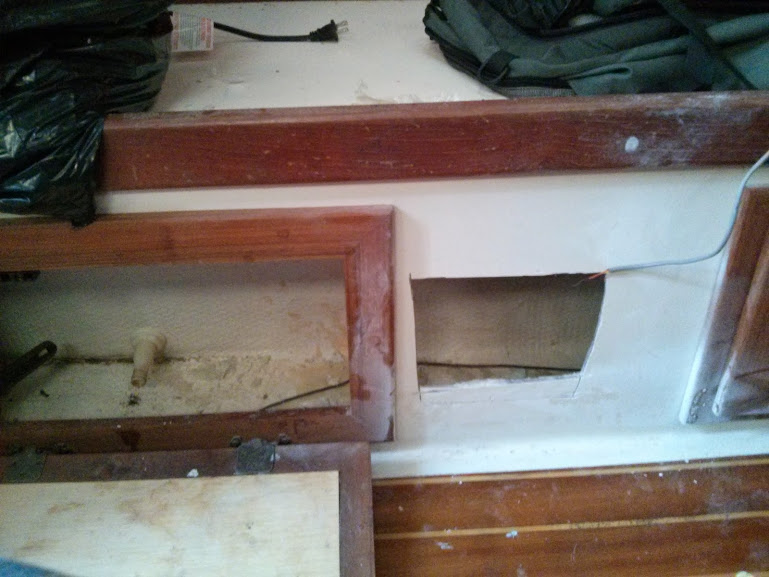 Loads better. I really should have done that a year ago…

I also found a better way to secure the anchor – ratchet strapping it to the toe rail.

The last thing to do was get the old board where I stored the oars (the new oars are now strapped to the portaboat) and use it for storing jerry cans. So I screwed in a couple of pad eyes, and I finally have somewhere to store the gas for the dingy outboard! As well as a jerry can of diesel.

End total – 5 jobs that I’ve been meaning to do for ages, all done! I also refueled and supplied with water, all ready for the trip the next day.

Liked it? Take a second to support Matt on Patreon!

When you get invited for a sunny day sail and get